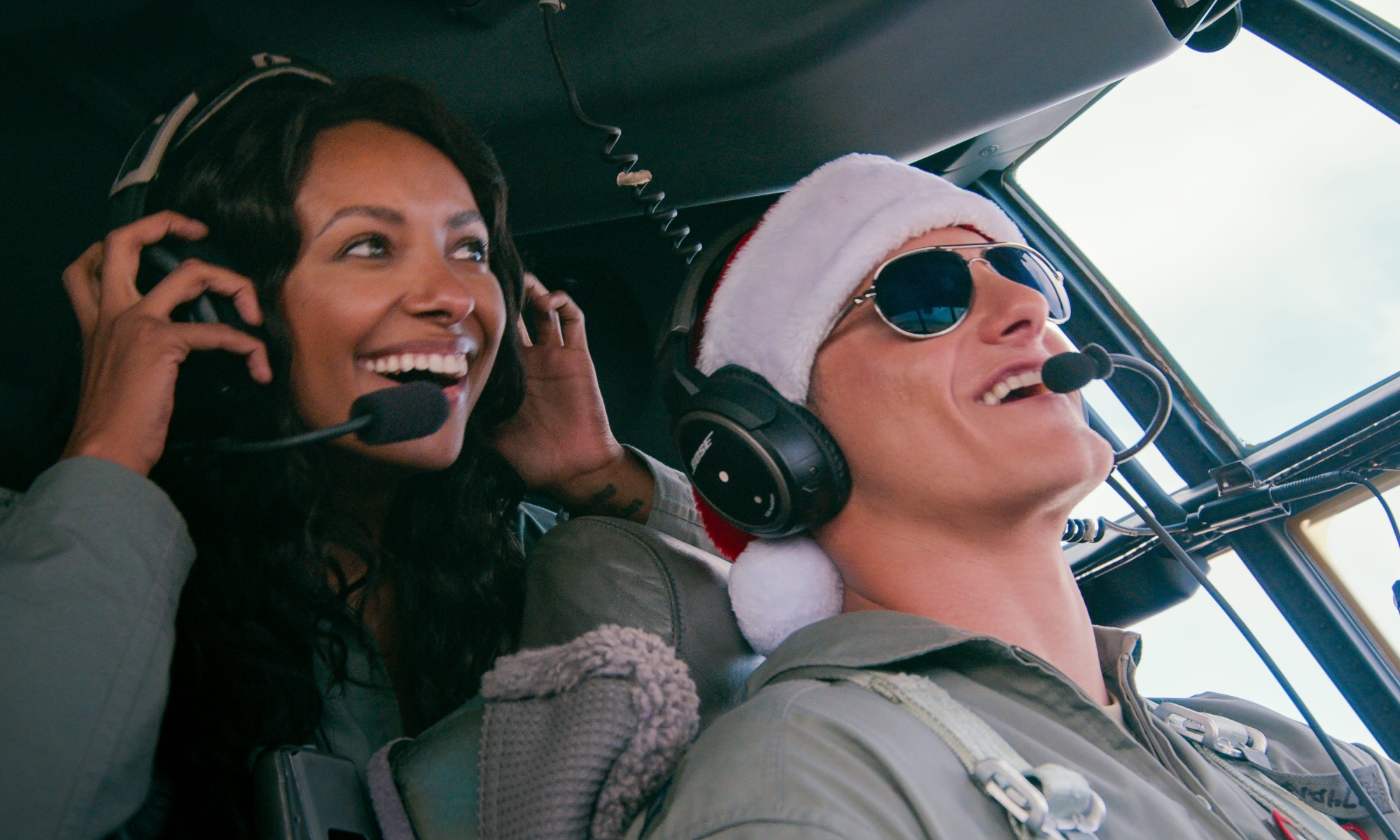 Netflix’s latest festive offering does little to eschew its own formula, other than its sun-drenched location

Netflix’s Christmas output has certainly advanced year upon year, to the extent where they’re pretty much contending for Hallmark’s crown. It’s a highly specific genre by this point, and at least Netflix can be credited for providing something that’s far better acted, well written and diverse than Hallmark’s offerings are. Operation Christmas Drop does little to set itself apart from its bedfellows, but succeeds at being a brilliantly diverting Christmas film. It’s not action-packed, hilarious or gripping, but it’s just the sort of thing you’d watch wrapped up in a blanket with the fire on.

Straight-laced Erica (Kat Graham) is tasked with investigating the inefficiencies within a US Air Force base in Guam so that she can justify closing it down. Meanwhile, Air Force Captain Andrew (Alexander Ludwig) must persuade her of the legitimacy of the base and why it should remain open. The main concept that he must justify is the airlifting of supplies to the small islands of Micronesia that happens every year at Christmas (the eponymous Operation Christmas Drop). Inevitably, as all future lovers do in this type of film, the two begin with sizeable friction, but soon start to respect and understand each other and romance blooms. With both of them dedicated to their work at the expense of their personal relationships, they also challenge the other to expand their world view.

It’s pretty cheesy and predictable, but that’s precisely what viewers will be after in a Christmas film. With two easy to look at and likeable leads, it’ll likely be forgotten about in a year when Netflix’s next slew of films comes out, but that doesn’t stop it being any less enjoyable in the meantime.